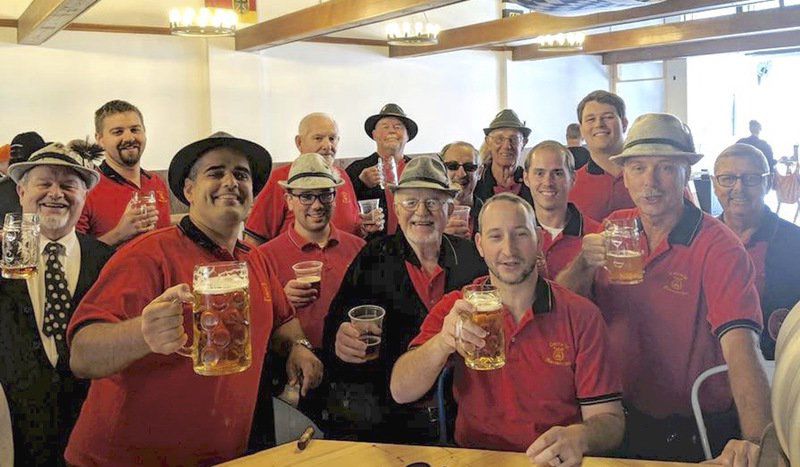 Members of New Castle's Eintracht Männerchor are ready to sing their hearts out at this year's Oktoberfest, Sept. 14 at 15 at Cascade Park. 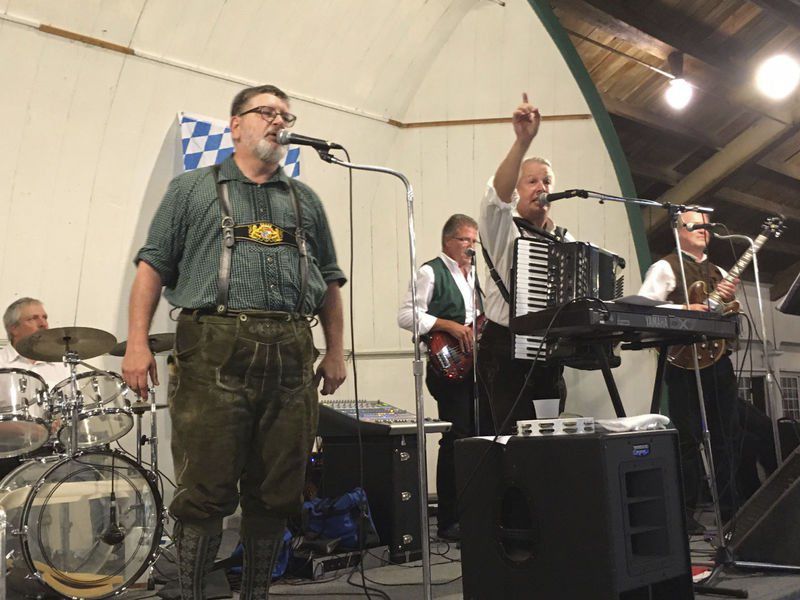 The Barrons, a group from Pittsburgh, perform at the 2018 Oktoberfest. 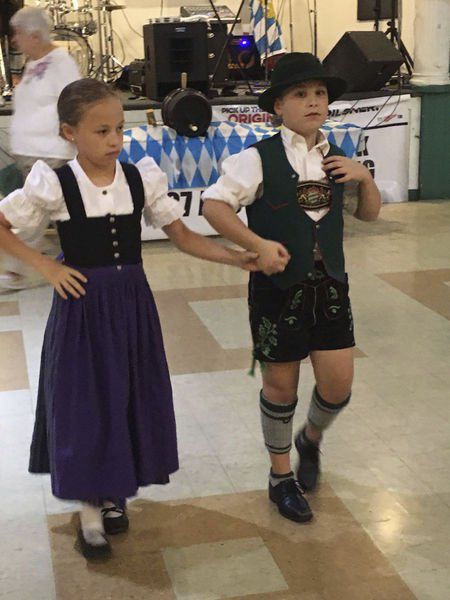 Members of New Castle's Eintracht Männerchor are ready to sing their hearts out at this year's Oktoberfest, Sept. 14 at 15 at Cascade Park.

The Barrons, a group from Pittsburgh, perform at the 2018 Oktoberfest.

Polkas and marches, dancers in Lederhosen and dirndls, schnitzel, pretzels, sauerkraut, sausages, steins filled with beer and laughter. All are signs that it's almost time for the annual Oktoberfest.

The Eintracht Männerchor of New Castle is planning its sixth annual, two-day celebration for Sept. 14 and 15 in the ballroom at Cascade Park, featuring a variety of German music, dancing, food and elaborate desserts. This year's event also will celebrate the Eintracht Singing Society's 125th anniversary in New Castle.

Oktoberfest festivities will last from 1 to 10 p.m. Saturday and 1 to 8 p.m. Sunday, featuring performances by New Castle's Eintracht Männerchor and Kinderchor, who will sing at 5 p.m. Saturday for the official keg tapping, and a variety of other musical groups.

Admission is free, but those attending will pay $3 per car for parking. The parking proceeds will be shared by the New Castle Fire Department and the Eintracht Singing Society's building fund, said Hans Kraus, a Männerchor member who is involved in promoting the event.

He noted that the annual celebration is a prelude to the famed and original Oktoberfest in Munich, Germany, which this year is Sept. 21 through Oct. 6. The event was started as a marriage ceremony on Oct. 12, 1810, when Crown Prince Ludwig, who later was crowned King Ludwig I, married Princess Therese of Saxony-Hildburghausen.

The celebration has grown bigger each year in Germany, in the United States and in other lands where people of German heritage live. Another sizable celebration is in Kitchener-Waterloo, Canada, where there is a large settlement of people of Germany and of German descent. That event, which is Oct. 11 through 19, takes place at various Transylvanian Saxon halls throughout the twin cities.

Performances at the New Castle Oktoberfest throughout both days will be by the New Castle's Eintracht Singing Society Männerchor and Kinderchor and the GTEV D'Lustigen Isartaler Bavarian and Alpine dance group of Pittsburgh, dressed in traditional German outfits.

The schedule for other music for this year's celebration in New Castle is:

•1 to 5 p.m. Mädel Jäger, an instrumental quintet from Pittsburgh

•1 to 3 p.m., Grkman Duo, a German band from Pittsburgh that makes appearances at its Hofbräuhaus

Food available for purchase will include bratwurst, knockwurst and Schnitzel dinners and German potato salad.

Sponsors for the event are the Alliance of Transylvanian Saxons —  the parent  benefit society of the Eintracht — and Erme's Distributor of Sharon. Erme's will supply the beer for the event.

As an added attraction, a "feats of strength" competition will allow festival-goers to test how long they can hold up a filled glass stein of beer.

Desserts will be crafted and sold by the D'Lustigen Isartaler dance group members and will include strudel, Black Forest cherry cake and other pastries.