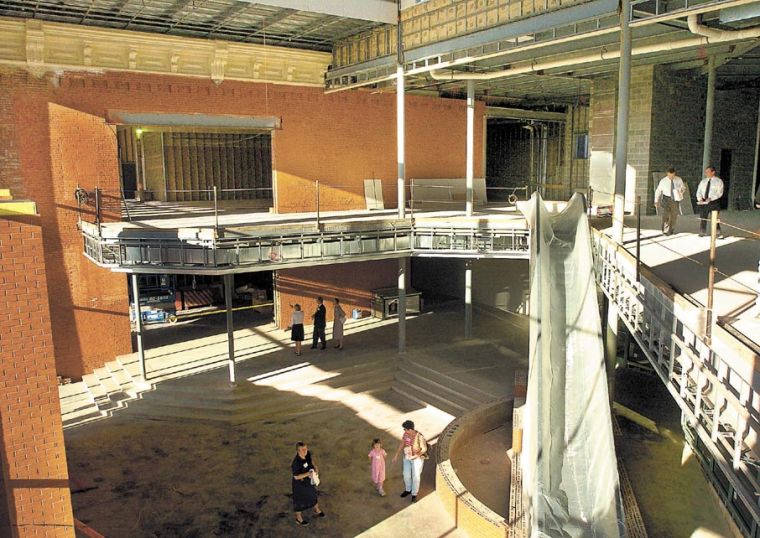 The Cascade Riverplex, under construction in 2004 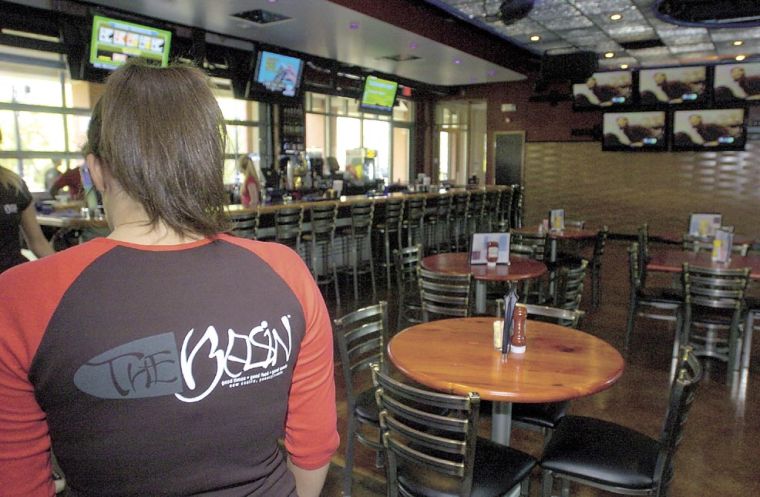 The Cascade Riverplex, under construction in 2004

City council took a step to breathe life into the downtown by authorizing purchase of Cascade Center at the Riverplex.

New Castle Mayor Anthony Mastrangelo was authorized to buy the building, which will be deeded to Refresh Dental. The Canton, Ohio, company plans to establish a dental clinic, training facility and corporate offices at the corner of East Washington and Mill streets. The mayor said the dentists anticipate taking about half the 70,000-square-foot building and hiring a development expert to fill the rest.

Jerry Kern, who heads Cascade Theater Preservation Group and Warner Film Center at the Cascade Theater, a non-profit corporation intended to develop the building into a Warner Brothers museum, does not think his project is dead yet. But he is at a loss regarding what his next step should be.

With some support, Kern said, he believes the project could get off the ground by fall. He added he still believes the complex could trigger a rebirth of the downtown.

“We could get some exhibits open to the public within a year,” he said. “But to tell the story of the Warner brothers, we need the space where it happened.”

The city’s decision to give the building to Refresh Dentistry “makes it hard to comment,” Kern said. The nonprofit “must know its mission before we can fundraise. So we will sit back and see what we can do.”

Kern said, the organization would like to have the space and would know what to do with it. “If we had the space, we could fill it with professional, attractive exhibits. Our plan had been to develop a regional attraction to draw people to New Castle to spend money.”

With even part of the project open, fundraising efforts could begin. “But if we’re closed out because the city gave away the implementation grant that the state provided on our behalf, I don’t know what our next step will be.”

Kern said the Warner Brothers’ story could be told on a smaller scale, through the historical society or in a separate location, “but it wouldn’t have the appeal.”

“They looked at our ideas, the area, traffic flow and told us what to do, developing our plan over a 15-year period.

“All this info went to state when the city applied for the grant,” he said, adding it also included money for the city, specifically to repair the parking garage and develop additional parking.

“We created the value (in the Riverplex) but now the city has given it away to someone else.”

“It was the size and scope of our project that got this money,” he said. “It wasn’t as though Harrisburg suddenly fell in love with New Castle and gave it money to fix its roads and bridges.”

Ultimately, he said, the city received $22 million for downtown improvements. “That is a lot of money for New Castle.”

However the mayor said Kern is wrong about the grant.

“When we first applied, we put the Cascade project in,” he said of the application, but the state did not accept it. Former developer Tom George “owed a lot of money in taxes.”

The Warner project was taken out in the second application. Mastrangelo said that plan — that the city purchase the building for $1.25 million from S&T Bank, which had foreclosed on the structure — was accepted.

“There is no money for them in the second application,” he said.

“The state and the city’s Act 47 coordinators approved the sale, saying we can use the money to buy the building and turn it over to Refresh Dental.”

Mastrangelo said the building will be deeded to the dental company.

The mayor added he is pleased with the deal.

“Refresh Dental is transferring their business from Canfield, Ohio, to New Castle. This will involve 40 jobs.”

Mastrangelo noted the company anticipates using only about 30,000 square feet, leaving more than half the building vacant.

He said the founders — Drs. Andrew Matta and Chad Wise, who both have New Castle ties — will find a company to develop and market the remainder.

If it doesn’t work, Mastrangelo said he anticipates the agreement will include a means to return the building to the city.

“But we don’t want to be in the position of collecting rents.”

If Cascade still has interest in the project, Mastrangelo said, “they can make their own arrangements.

“If they want space, they will have to come up with the money.”

Inactivity of Warner project may have signed its death warrant

A different future had been anticipated for downtown New Castle.

Plans for Riverplex, downtown changed by turn of events

Developers had anticipated a Warner Bros.-themed retail/movie museum would generate $500,000…