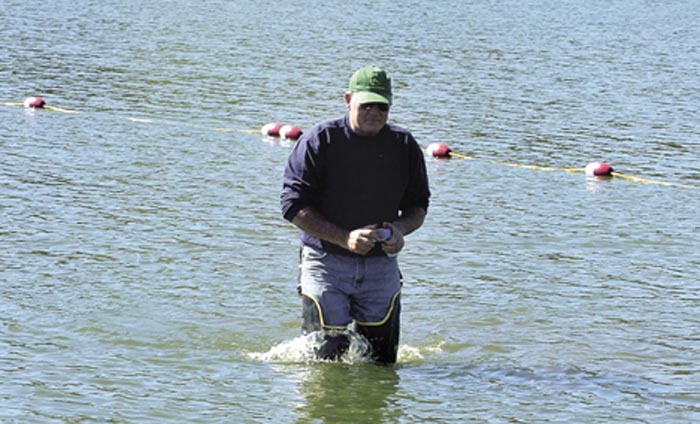 Water treatment plant operator Larry Geibel takes a sample of water from Lake Arthur to make sure it is safe for the Boy Scouts to swim this weekend during Campaganza 2010. 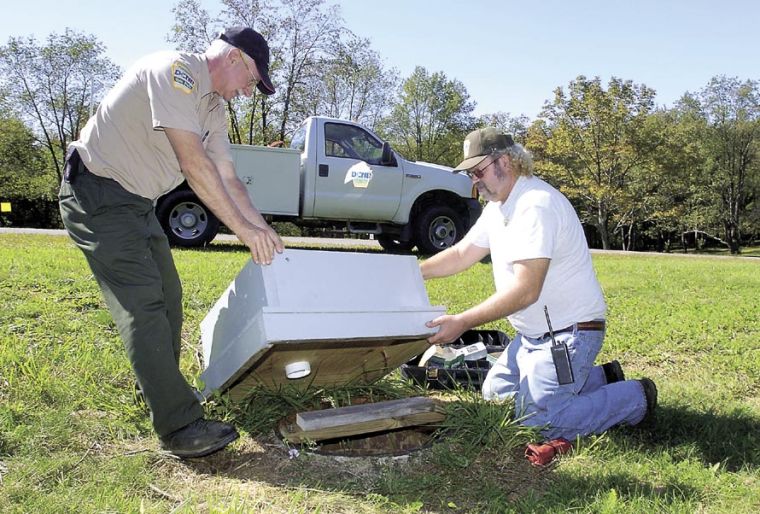 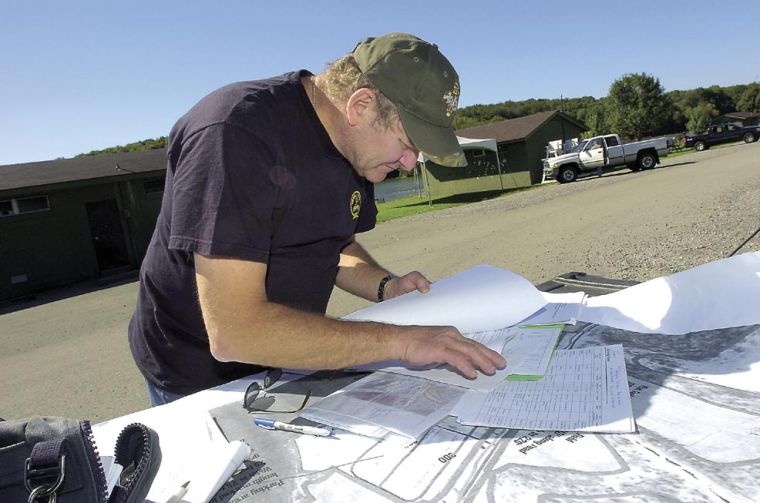 John Onuska maps out where varius stands and tents will be located around Moraine State Park for this weekend’s Boy Scouts Campaganza 2010.

Water treatment plant operator Larry Geibel takes a sample of water from Lake Arthur to make sure it is safe for the Boy Scouts to swim this weekend during Campaganza 2010.

John Onuska maps out where varius stands and tents will be located around Moraine State Park for this weekend’s Boy Scouts Campaganza 2010.

Be prepared. That’s been the motto of the Boy Scouts for a century.

Organizers hope to live up to that slogan this weekend when more than 10,000 scouts converge on the South Shore of Moraine State Park for what leaders are calling “one extreme campout.”

The event — Campaganza 2010 — will be held in conjunction with the 100th year anniversary of the Boy Scouts of America.

John Whitford, senior district executive for the Moraine Trails Council said the idea was hatched 18 months ago, and a core group of 200 volunteers have been pulling it together. Whitford, who has been involved in scouting for more than 50 years, said there will be more than 1,500 volunteers on the ground this weekend.

Whitford, 61, son of a Boy Scout, was a scout at age 8 and served as a volunteer before becoming a leader. “It’s amazing how long the scouts have been around and how much has been accomplished,” he said.

He said most groups are unable to put something this big together because they don’t have the necessary facilities.

“We’re blessed to have Moraine in our back yard,” he said.

Whitford said the weekend will offer something for everybody.

There also will be French and Indian re-enactors, Keystone Regimen Civil War re-enactors, a visit to the Jimmy Stewart Museum and the Laurel Caverns exhibit, a C-130 flyover, hot air balloons, skydivers, and wilderness survival demonstration

Cub Scouts will have BB guns, archery and sling shots with 24 shooting positions located in three ranges at the state park.

Boy Scouts and Venturers will have rifle, shotgun, muzzleloader, handguns for Venturers only and Atlatl. These will take place at Moraine Sportsman’s Club, to which scouts will be transported by shuttle.

Local units may bring gear to their Pleasant View subcamp today, and units may camp tomorrow night with prior permission.

The program will take place Saturday with official opening ceremonies scheduled for 9 a.m.

The full day of activities, events and exhibits will be from 9 a.m. to 5 p.m.

Whitford said scouts were able to register for some of the events online, but others will be open stations.

Each troop and pack will bring their own equipment and food, but Whitford said there will also be vendors at the site.

He said 40 buses have been contracted to run shuttles from the park to various sites.

A Saturday evening concert, featuring the Rock group Smash Mouth, will take place on the South Shore. Jeremy Rekich, assistant park manager at Moraine, said the hill around the stage has room for 18,000 spectators.

Rekich said hosting the event is good for the local economy, good for the scouts and good for the park, but Whitford said this gathering is likely a one-time event.

“The effort and cost of putting something like this on is so extreme that I don’t see it as becoming an annual event.”

Rekich said it would be the largest overnight gathering at the park since that time.

Rekich, who is the venue manager, said planning for the event as been a team effort. “There’s a lot of intricacies involved with something like this.”

Rekich said cars will be parked at the fairgrounds in Butler and people will be bussed to the park.

He said there will be limited public access to the South Shore during the event, including Bear Run Launch.

The North Shore, Porters Cove, Old 422, Davis Hollow Marina, and 528 access areas will remain open with no restrictions according to Rekich.

All scout units will depart on Sunday following a religious ceremony at 8:30 a.m.

“It restores your faith in the future of our country,” Whitford said, “to see these kids, who will be taking the reigns of leadership in a few years.”