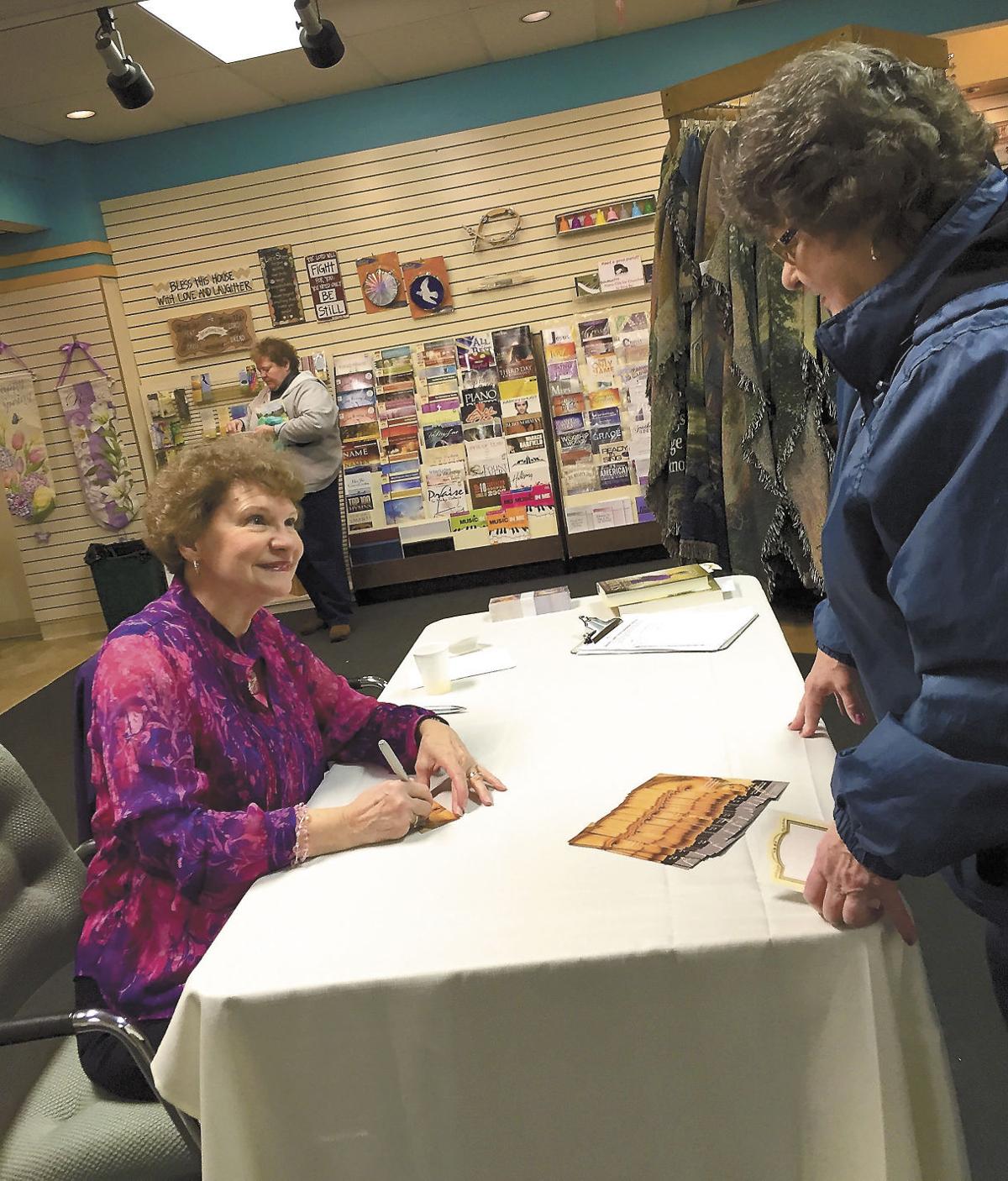 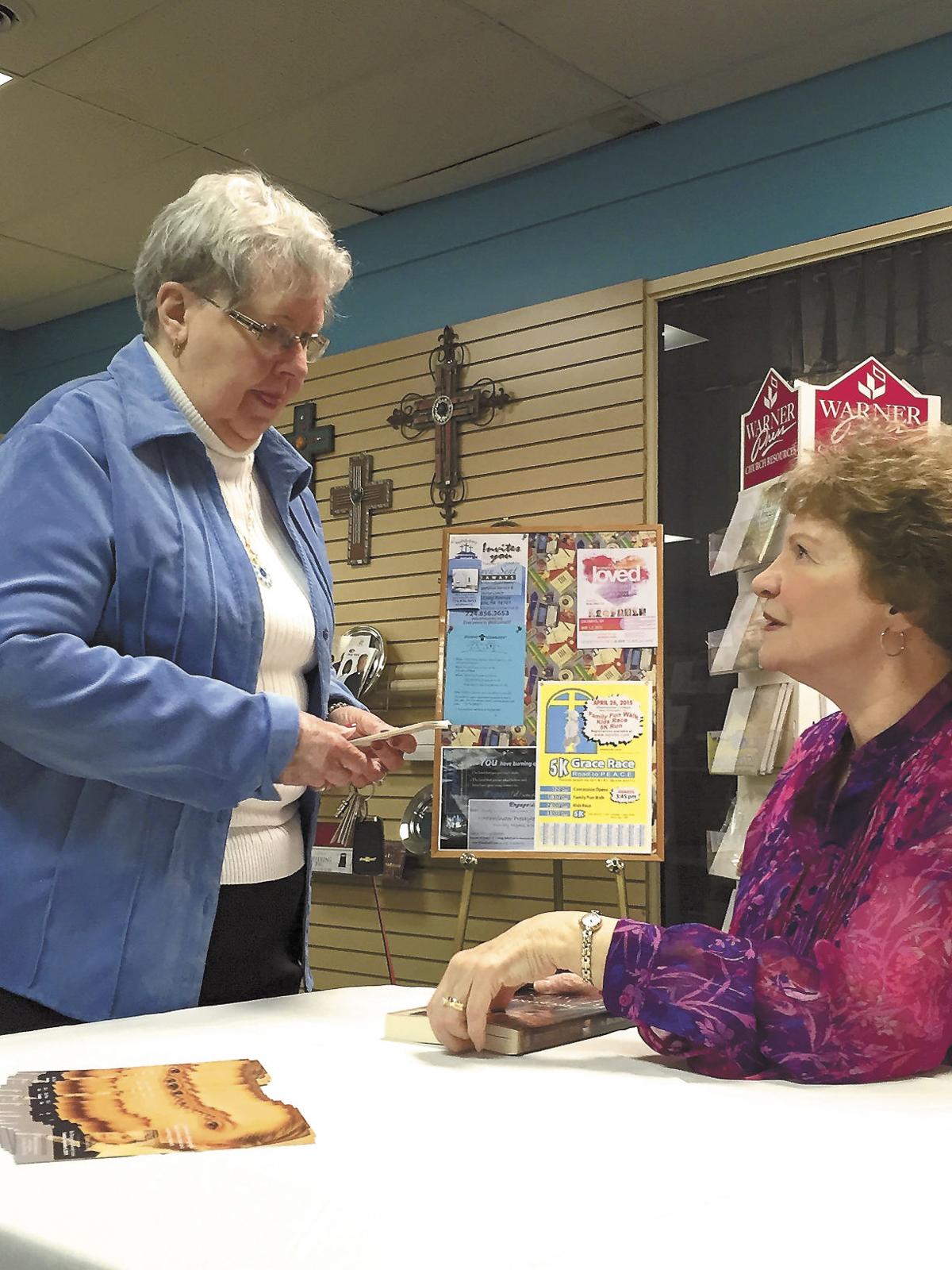 Nicole Cotter got an early birthday present Wednesday at Grand Book and Bible in New Castle.

Cotter, an avid reader of books by inspirational fiction writer Beverly Lewis, got more than the author’s just-released book, “The Love Letters.”

Cotter got to meet Lewis.

“It was such a surprise,” said the New Castle resident. “My mom told me she had a surprise for me, but she wouldn’t give me any clues.”

Cotter’s mother, Carol Wilcox, said she heard about Lewis’ appearance at the Wilmington Road store as a part of her new book tour. She knew it was a perfect birthday gift for her daughter, who’s been reading Lewis’ books for more than 10 years.

“She didn’t even know what we were doing until we pulled up,” Wilcox said.

Cotter and Wilcox were among the crowd of about 100 who flocked to Grand Book and Bible to meet Lewis, a New York Times best-selling author of more than 90 books.

Lewis is most known for her Amish-related novels, including “The Shunning,” which has sold more than one million copies and is an Original Hallmark Channel movie.

Steve Oates, vice president of marketing for Bethany Publishing House, said Lewis kicked off her 10-day tour Tuesday, making appearances at libraries in Sharon, Mercer and Ellwood City to promote “The Love Letters,” which was released that day.

After her Grand Book and Bible signing, Lewis visited the Poland, Ohio, library and Barnes and Noble Booksellers in Erie.

Carol Herbert, owner of Grand Book and Bible, said the Minneapolis-based publishing house contacted her about Lewis coming to the store.

“And I thought, ‘Thank you, Lord!’ We’ve not had a nationally-known author or artist here for a long time,” Herbert said, explaining that singer Jaci Velasquez made an appearance at Grand Book and Bible at its previous location on Wallace Avenue more than 12 years ago.

“It’s a wonderful experience for these ladies, who’ve been calling me all throughout the week, telling me they’ve read all her books,” Herbert continued. “To actually meet her in person in New Castle, it’s like a dream come true for them.”

New Castle resident Lois Koprivnak couldn’t contain her excitement when she approached the white tablecloth-covered table where the author was signing books.

“I finally get to see the real Beverly Lewis,” Koprivnak shouted to Lewis over the chatter of voices filling the crowded store. “I always look at the picture in the back of the book and think, ‘She can’t possibly look that good,’ but you do.”

Koprivnak was joined by her three friends at the event. She said they share Amish books with one another.

One friend, Karen Shilling of Greenville, said she appreciates the way Lewis, who grew up in Lancaster County, depicts the Amish.

“The Amish community in our area is growing quickly and it’s interesting to learn about your neighbors and their customs,” Shilling said.

“And it’s clean fiction, too,” interjected Joanne Dodson of Stoneboro. “You don’t have to worry about what’s in the books when you share them with your friends.”

Pearl Fry drove from Evans City to see Lewis. She said as an avid reader, she couldn’t wait to meet one of her favorite authors.

“I have all of her books, so I wanted to get the new one and have her sign it,” Fry said. “She brings out her Christianity in her books — if you don’t know about God, she really helps teach you about Him. She’s just an excellent, excellent author.”

When Beverly Lewis sits down to write, she tries to imagine her readers holding her book in …