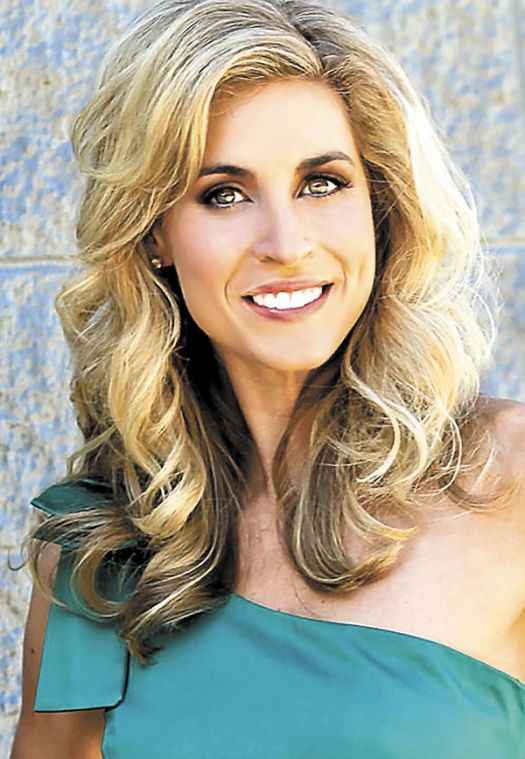 New Castle native Summer Wise will compete this weekend for the Mrs. America crown in Tucson, Ariz. She captured the Mrs. Pennsylvania America title in May to advance to the national competition. 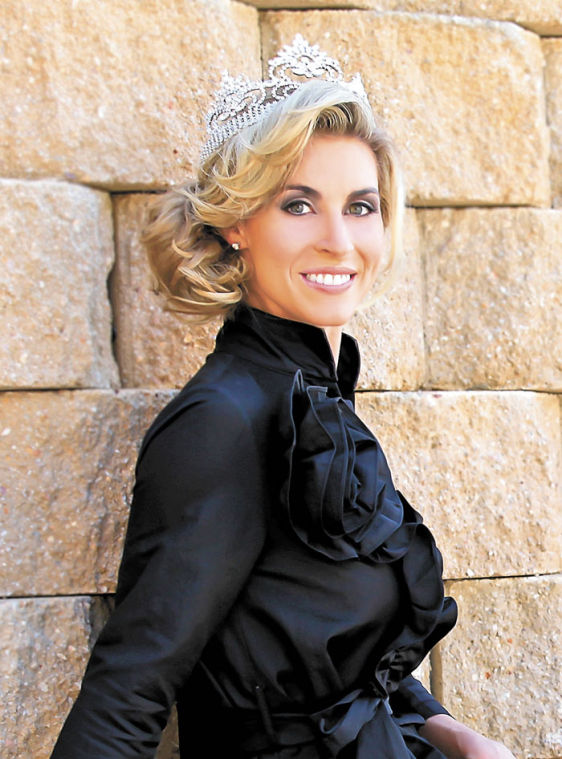 New Castle native Summer Wise will compete this weekend for the Mrs. America crown in Tucson, Ariz. She captured the Mrs. Pennsylvania America title in May to advance to the national competition.

From pyrotechnics to teeth to tennis, course changes are nothing new for Summer Wise.

Now, another one may be just around the corner.

By next week, the 33-year-old Zambelli granddaughter could go from busy wife and business owner to Mrs. America.

“This all has been a bit unexpected, because my sister was the one who pretty much entered me,” said Wise, the granddaughter of Connie Zambelli and the late George R. Zambelli Sr. “She told me that with everything going on in my life, and a lot of positive things happening, I’d  be great for this.”

Wise wound up applying for the state competition just three weeks before the event, and to her surprise, learned that she was not too late. Even that revelation, though, paled to the one delivered May 29.

“I was standing there and they called my name, and I really didn’t move,” Wise recalled. “And the girl who was the past winner was like, ‘Summer, you have to come up here.’

According to the Mrs. America website, the annual competition features “the most accomplished married women of America” and is “devoted to emphasizing that America’s 70 million married woman are extraordinarily beautiful, poised, articulate and versatile.”

Each of the 51 contestants, who range in age from their 20s to their 50s, qualified for the national pageant by winning their state or District of Columbia competition. They will take part in a personal interview, in addition to evening gown event and swimsuit events.

The winner will represent the U.S. at the Mrs. World pageant.

Wise reported to Tucson on Monday, and will be there through Tuesday’s finals.

“There’s a lot of preparation,” she said. “ Pretty much every night there’s pretty much a formal event, so you are preparing your attire and preparing to be on stage. I don’t have a lot of experience being on stage, so we did some work with that and preparing for the interview.

“Actually, the interview’s pretty easy. I  look at it as I can’t answer it wrong. It’s not like a test. As long as I’m telling the truth about myself, it should be pretty easy.”

Each contestant also must put together a costume representing her home state. Wise took the assignment a couple of steps further. Hers will be a fireworks tribute to her family and her hometown.

“I actually designed and made it myself,” she said. “It’s a red, white and blue outfit, and I’m carrying a mock bomb.

“It’s not real,” she added with a laugh. “I didn’t want to scare anyone. I  got through security at the airport, so we’re good.”

Wise worked with her family’s fireworks company during college, but three years ago founded TrendyTrousseau.com, an online women’s clothing boutique.

While she offers inventory on her website and maintains a Neshannock Township studio for appointments, she calls her business “more of a personal shopping experience.”

“I go to a lot of my client’s homes,” she explained. “I travel to Pittsburgh, I go to Cleveland for clients. And they get a very personal shopping experience.

“Some people don’t like to go to the mall, they don’t have time, so I just bring it right to them.”

In addition to being a successful businesswoman, Wise is an accomplished tennis player. She belongs to leagues that compete not only locally, but also on state and national levels, and she’s incorporating her love for the sport into her work.

She has launched her own line of tennis apparel, which she plans to expand over the next few seasons.

All of that is a far cry from the family fireworks business.

“I decided I really wanted to go out on my own,” Wise said of parting ways with pyrotechnics. “I wanted not only to be a granddaughter of George and Connie, but also to make a name for myself.”

During college, she pursued a degree in biology, thinking that she might carve her own niche in dentistry. After all, the field includes not only her mother, Dr. Donnalou Zambelli-McVay, and husband, Dr. Chad Wise, but also her her sister and brother-in-law.

“I believe that anything you do, you have to have a love for it, because it makes it so much easier in the long run. And my heart just wasn’t in it.”

Wise then worked in sales for eight years before starting her online boutique.

“It’s just something I love,” she said. “It’s not that I don’t love my family, I do and I help them out whenever they need it. But I knew that I had dreams and passions, too, that I had to follow.”

This year, those passions have taken her not only to Tucson, but also to the Ukraine. Joining a March mission trip with members of her church, First Baptist on Maitland Lane, she worked with children in kindergartens and orphanages in the former Soviet republic.

“You go there thinking you’re going to be giving so much to these children and these people, but you bring so much back, it’s absolutely amazing,” Wise said.

“I was supposed to go this summer but I couldn’t fit it in with everything going on. But I’m going back in March.”

In the meantime, she’s not only preparing for Mrs. America, but also fulfilling obligations that come with having won the state crown.

She’s already served as a judge in the Miss Teen All-America Pageant in Philadelphia, and there are more engagements to come.

This week, she’s taking part in events leading up to the national finals, such as a charity fashion show and working with Habitat for Humanity.

If there’s anything that’s been disappointing, it’s the fact that next week’s pageant won’t be televised. In the past, Wise said, the women’s cable network Oxygen has carried the program, but sponsorship could not be arranged for this year’s event.

She’s not letting that bother her.