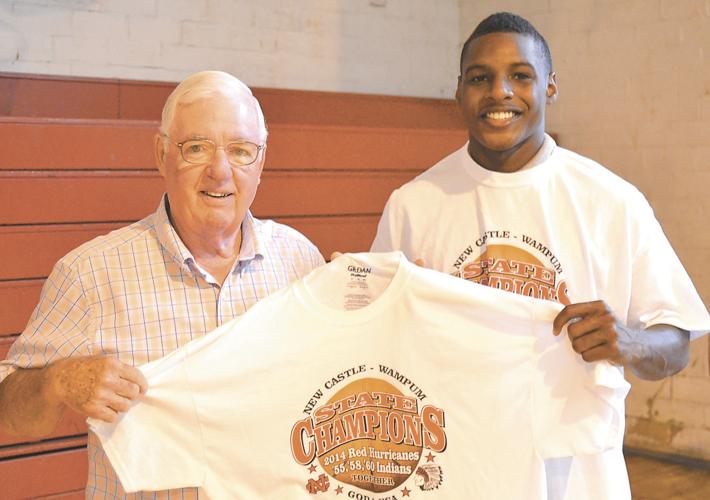 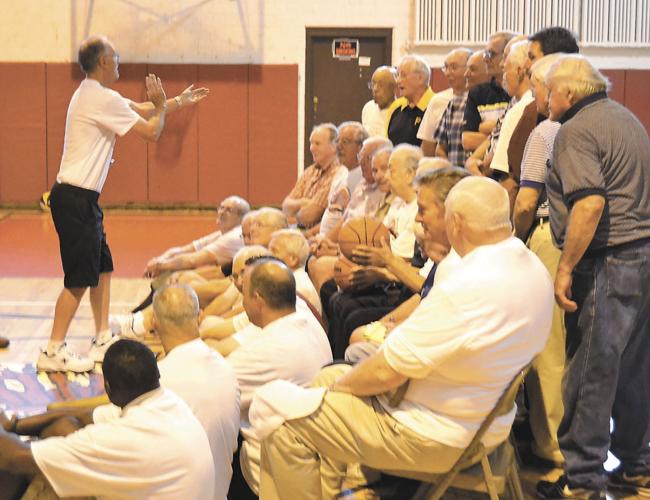 Former Wwestminster College basketball coach Ron Galbreath works to set up a group photo during a special gathering of men who played basketball for or against Butler Hennon’s Wampum High School teams and those representing New Castle’s state title club of 2014. 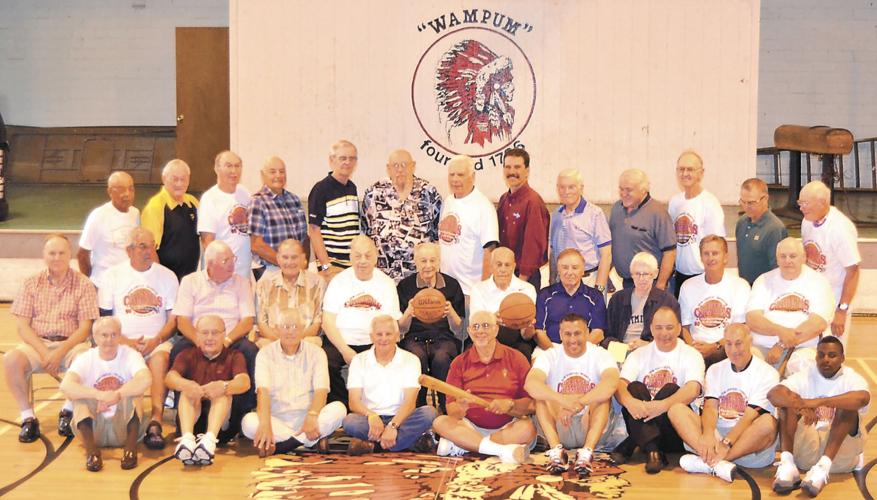 Men whose basketball ties are with the old Wampum High School basketball program and those connected with New Castle High School got together for a group photo recently at the Butler Hennon gymnasium in Wampum. 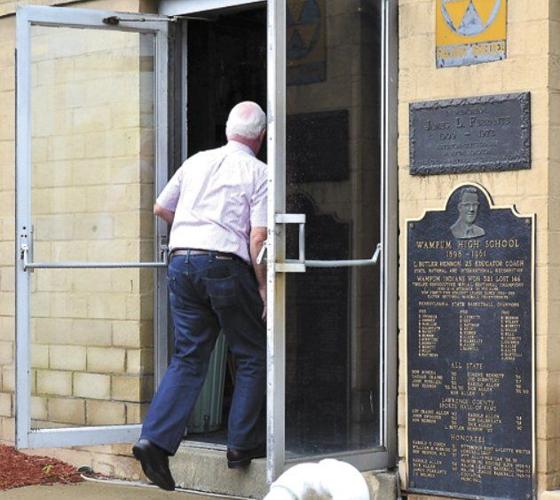 Former Wwestminster College basketball coach Ron Galbreath works to set up a group photo during a special gathering of men who played basketball for or against Butler Hennon’s Wampum High School teams and those representing New Castle’s state title club of 2014.

Men whose basketball ties are with the old Wampum High School basketball program and those connected with New Castle High School got together for a group photo recently at the Butler Hennon gymnasium in Wampum.

Their spectaular success stories are separated by more than a half century.

Players and coaches from New Castle High School joined those from the defunct Wampum High in being honored as the only teams from Lawrence County to capture boys state basketball titles. Wampum reigned in 1955, 1958 and 1960 before the school closed its doors in 1961. New Castle ended a 54-year drought for county schools by claiming the 2014 crown in March.

Former Westminster College basketball coach Ron Galbreath, who played on the Wampum 1958 team, had T-shirts designed for the occasion. He wanted to link the two elite programs and their strikingly similar accomplishments.

“Making the connection for Lawrence County was my purpose,” said Galbreath, who introduced several former area coaches and players in attendance at the breakfast. Galbreath was thrilled with a turnout that numbered 51.

Don Hennon represented the 1955 Wampum team while Bill Melfi, Larry Haswell, Gary Guy, Frank Vrakovich and Galbreath were there from 1958. There from the 1960 club were Bill Hennon, Vrakovich and Guy.

Despite being the youngest person attending, Allen said he felt a bond with the men who had been part of the Wampum dynasty. It also caused him to look ahead when he and his New Castle teammates of 2014 might gather to reflect on their own amazing achievements.

“I can imagine that one day we will sit down together for breakfast and look back at what we did,” Allen said.

Blundo was 8 when he first learned about Wampum’s athletic history. “I had a Dick Allen baseball card, and my dad told me about the Butler Hennon teams of Wampum and that Dick Allen played there.”

Dick Allen was a multisport standout at Wampum who later starred as a Major League baseball player.

As a third-grader, Blundo said he went to Wampum to play a basketball game. “I was proud to walk into that gym.”

Blundo shared some Wampum history with Drew on the drive there. “He (Drew) knew more about Wampum than I thought he would,” Blundo said. “He understands what they accomplished.”

After breakfast, the men headed north on Main Street to the old gym for a group photo.

Blundo said he has been influenced heavily by Wampum’s success. He learned much from Galbreath, who coached him at Westminster College. “He always talked about Butler Hennon and the way things should be done.”

L. Butler Hennon compiled a record of 521-146 in 28 years as Wampum basketball coach.

Don Hennon, son of the legendary coach and a college basketball All-American at Pitt in 1959, felt a connection to what New Castle’s team accomplished last March.

“Going 31-0 and winning the state title is almost inconceivable,” he said. “Not many teams can do it.”

He’s right. But Wampum and New Castle are on that exclusive list.

Galbreath took two basketballs to use as props for the picture. Before turning out the lights, he couldn’t resist old habits. “I had to shoot around for 10 or 15 minutes before I could leave.”

Some bonds last a lifetime.